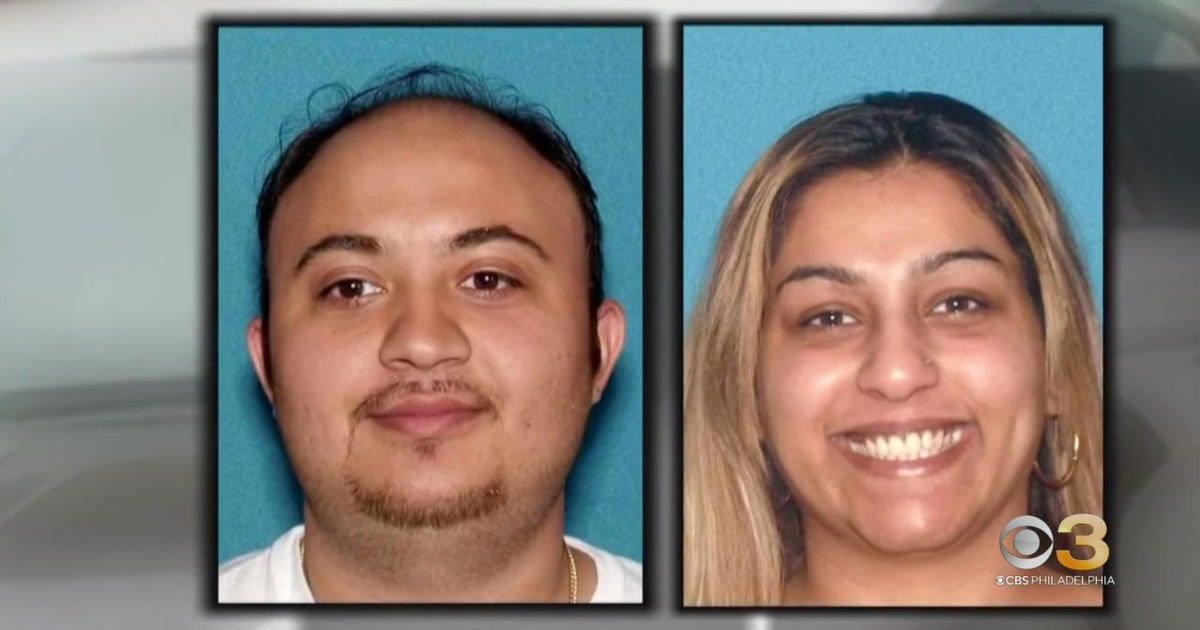 The suspects have been identified as Anthony Miguel and Tasha Delmaro.


PROSPECT PARK, Pa. (CBS) – Police in Delaware County are searching for a pair of criminals who burglarized the home of an 83-year-old grandmother. Prospect Park police are searching for Anthony Miguel and Tasha Delmaro.

Prospect Park police are searching for Anthony Miguel and Tasha Delmaro for a distraction theft involving an 83-year-old grandmother. @3P_Chief says Miguel asked to use the bathroom to gain entry into the victim’s home, where he stole hundreds of dollars worth of jewelry. pic.twitter.com/LzSryeMHUz
— Madeleine Wright (@MWrightReports) September 22, 2022
Click to expand...

Police identified the two as the suspects who burglarized an 83-year-old grandmother's home last week.

The victim's neighbors say it's alarming.

"I thought this was a very stable, very safe environment," Asante Mensah, the victim's neighbor, said. "For such a thing to happen, is very scary."

Surveillance video shows the suspects pulling up to the victim's house on Sept. 12.


They got out and pretended to be interested in buying a camper that was in the victim's driveway.

"One of the suspects asked if they could use the bathroom, claiming he had a bladder issue. And again, being a nice woman that she is, she obliged them and she paid for it," Prospect Park Police Chief David Madonna said

Police say instead of using the bathroom, Miguel ransacked the home, stealing hundreds of dollars worth of jewelry, while Delmaro talked to the victim in the living room as a distraction.

"There were two children in the rear of the car," Madonna said, "probably under five years of age. And just to show you how kind our victim is, she wanted to give the children snacks and water to have."


The victim only realized her valuables were gone after the suspects left.

"She's a very nice lady," Mensah said, "so for such a person to go through that is very unfortunate."

Police are now urging residents to warn seniors to be wary of strangers.

"To be quite frank with you, I don't know if she's going to be able to live the rest of her life like she has up until that point," Madonna said.
Those who find the truth hateful just hate hearing the truth.