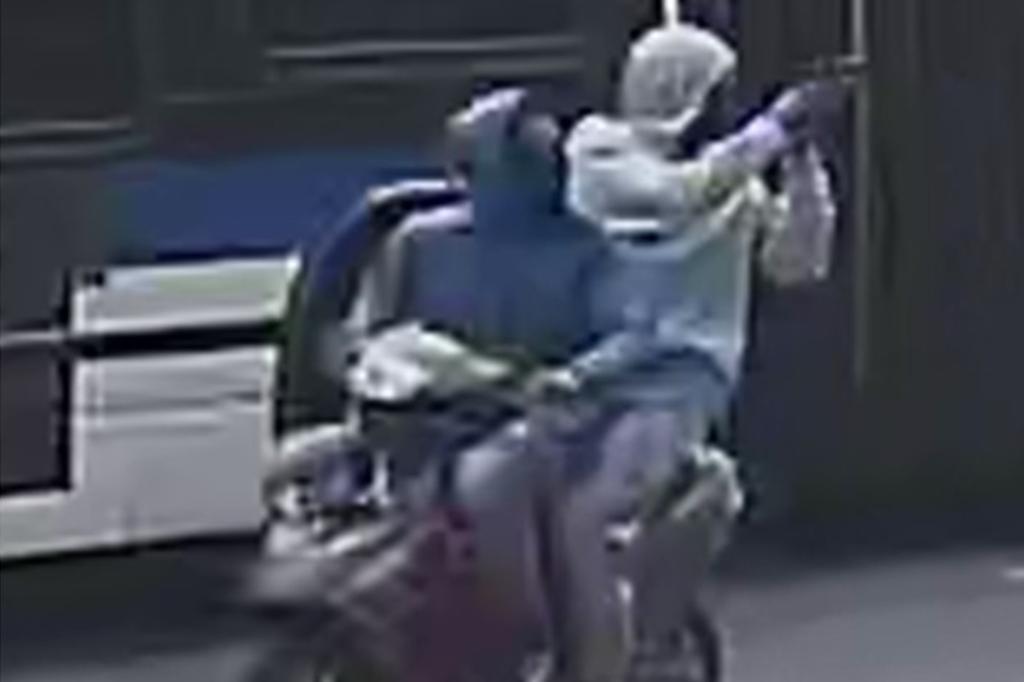 The senior is in stable condition after being shot as he walked on East 180th Street near Daly Avenue in West Farms around on Sunday afternoon.

New Yorkers sound off about gun violence in the city


A 75-year-old man was struck by a stray bullet in The Bronx over the weekend when a shooter on a moped opened fire in broad-daylight, cops say.
The senior was walking on East 180th Street near Daly Avenue in West Farms around 2:20 p.m. Sunday when two people rode by on the scooter, authorities said.
An image grabbed from surveillance footage and released by the NYPD late Monday shows the backseat passenger pointing a gun.
Multiple rounds were fired at “an unknown group of individuals” – with one bullet striking the elderly man in his left thigh, cops said.
Police do not believe he was the intended target. 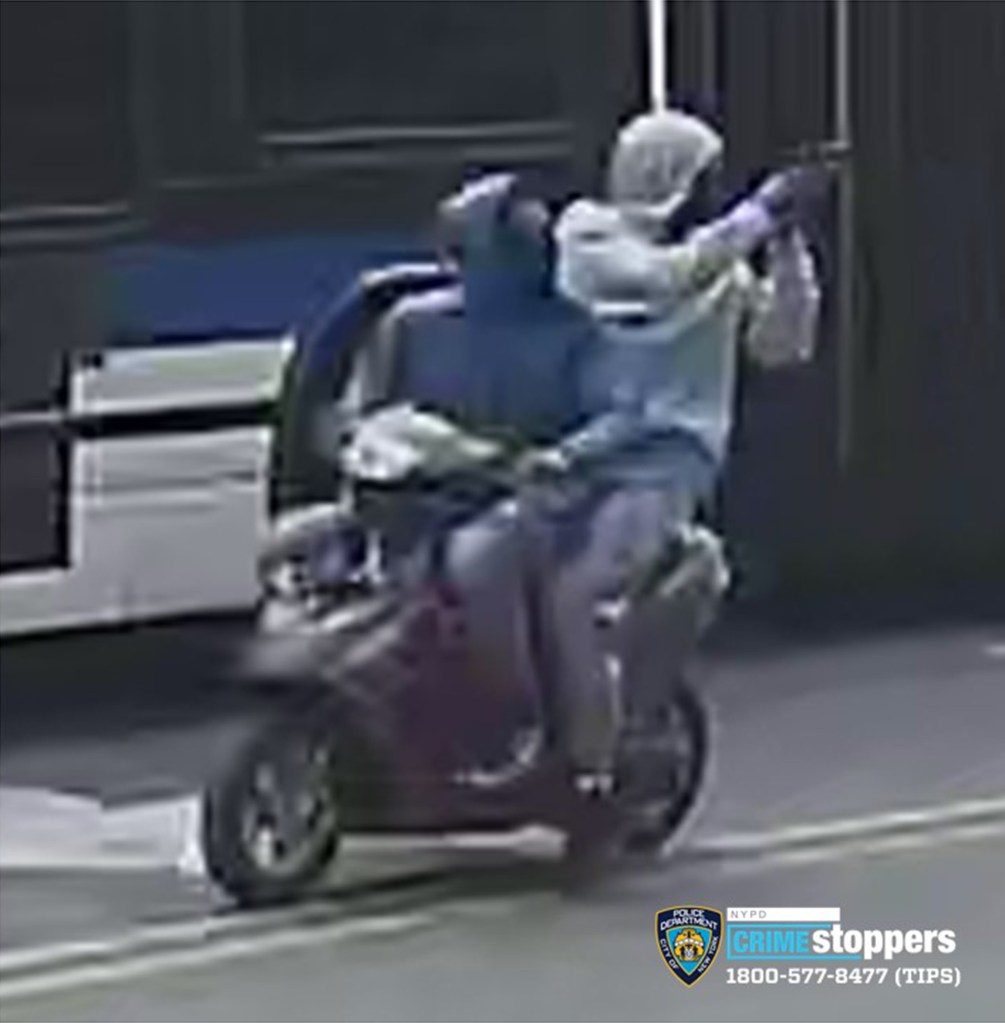 A nearby security camera captured the image of two suspects on a moped wielding a gun in The BronxNYPD
The suspects fled in an unknown direction and were still at large Tuesday morning.
Those who find the truth hateful just hate hearing the truth.