Skip to content
I see a box where I can post a MESSAGE
BUT WHO IS THE MESSAGE FOR??? 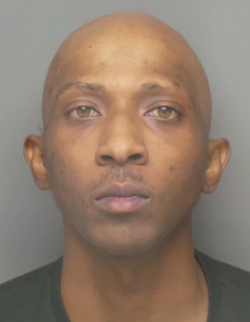 According to University City Police, Taylor confronted the mother of his child at 10:45 p.m. inside a home in the 6500 block of Bartmer Avenue. The pair’s two-year-old child and the woman’s father, Darrell Jefferson, were also inside. The argument continued in the hallway where Taylor allegedly fired two guns, hitting both Jefferson and the unidentified woman.

Jefferson was shot twice in the back and later died from his injuries at a local hospital. The woman was critically injured, police said.

Several bullets struck the room where the child was in.

“Guns almost always create more and worse problems than they solve,” said St. Louis County Prosecuting Attorney Wesley Bell. “There is no reason an argument over a child should leave a grandfather dead, a mother in critical condition and a father in jail facing six felony charges.”

Witnesses saw a white sedan leaving the scene after the shooting. While speaking to investigators, Taylor later admitted to police he discarded both his guns and clothing after he fled.

“I pray this young mother survives this assault and am grateful none of these 11 bullets hit this two-year-old child,” Bell said.

A GoFundMe has been set up for the family to assist them after Jefferson’s death.

It looks like you're new here. If you want to get involved, click one of these buttons!