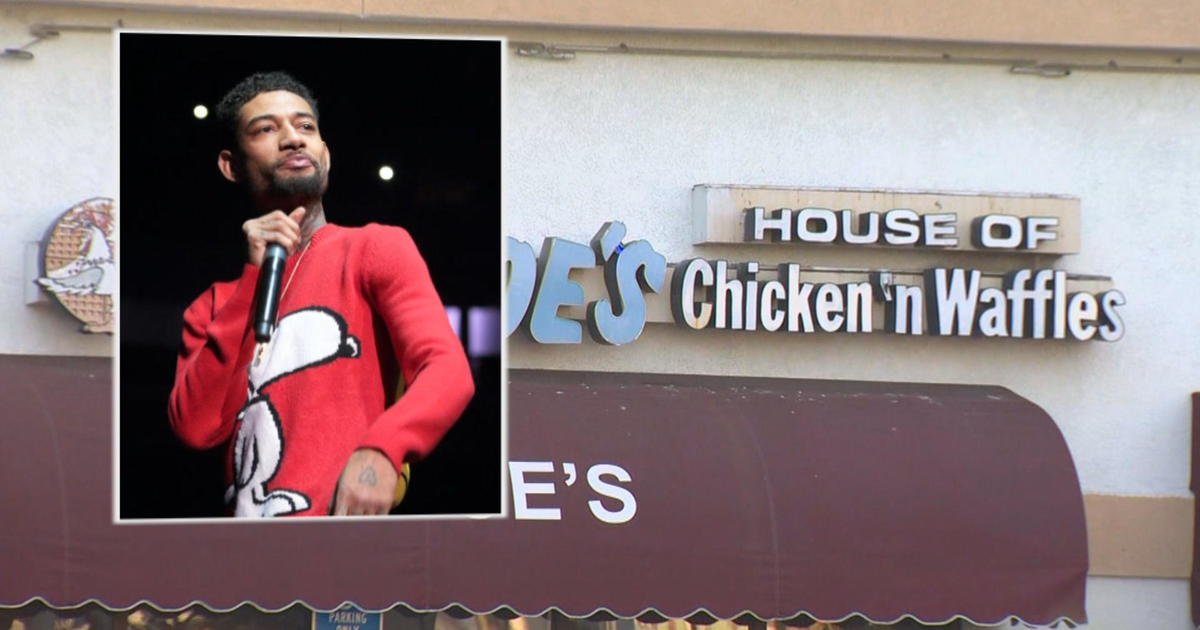 According to TMZ, the victim was rapper PnB Rock.

PHILADELPHIA (CBS) -- Philadelphia rapper PnB Rock is dead after a shooting at a Los Angeles restaurant, according to multiple reports. The shooting happened in southern Los Angeles at the Roscoe's Chicken & Waffles location on Manchester Boulevard.

Such is the state of violence in America that even when a young man moves cross country, over 2,000 miles away, a tragic violent end to his life still finds him.

Philadelphia native Rakin Hasheem Allen of Germantown, who went by the stage name PnB Rock, a homage to Pastorious and Baynton Streets in Germantown, was shot and killed in Los Angeles on Monday afternoon, according to multiple reports. TMZ was the first to identify the victim as PnB Rock.

Rock and his girlfriend were reportedly eating lunch at Roscoe's Chicken and Waffles in South Los Angeles. His girlfriend posted a picture on one of her social media accounts of their meal along with a geotagged location.

According to the Los Angeles Police Department, a suspect brandished a firearm inside the restaurant and demanded items from PnB Rock, believed to be jewelry. The suspect shot Rock and then ran out of the side door to a getaway car.


Rock was rushed to a hospital and was reportedly pronounced dead just before 2 p.m. pacific time.

On Monday night, athletes and a local politician are but a few of those extending their condolences.

Former Eagles wide receiver Torrey Smith wrote, "You can't even eat chicken and waffles without watching your back. We have to do better! RIP PNB Rock."

Philadelphia Councilmember Kenyatta Johnson tweeted, " Rest well! @PnBRock He moved to L.A. to chill and get away from his environment, and to enjoy and pursue his Music Career. When I met him at a "Stop the Violence Rally" at Audenreid H.S. he was a very respectful young man. Sad loss for our City. #peacenotguns."

Rock was just 30 years old. He leaves behind two young daughters.
Those who find the truth hateful just hate hearing the truth.